Home
Featured
Horribly Burned And Broken, Gabriel The Pit Bull Remarkably Fights His Way Back To Health And A New Home

A New Home For Gabriel!

In a strange twist of fate, a friend of Kellum’s, Ellen Kulesa of Coral Gables, Florida,, came into Gabriel’s life. Kellum and Kulesa were friends, and shortly after Gabriel came home with Callum, Khaleesi met him. When Callie had to work, caliza wood take him to appointments at the veterinarians and would feed him. She fell in love with him immediately.

By the end of March, Kulesa brought Gabriel home. Since she had fostered another dog from Love, Gabriel had company when he got there. 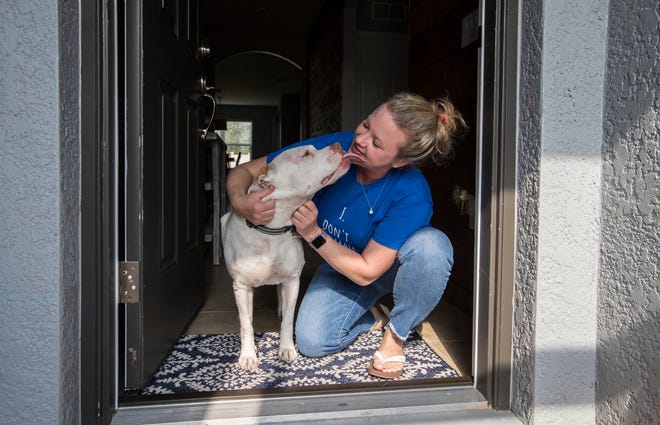 Gabriel had more scarring then Dr, Jackson had anticipated, but once the stitches were out all the edges had joined beautifully and he was ready to go. His new mom doesn’t care about the scarring. He’s beautiful to her no matter what.

Gabriel’s hips still need to be replaced but that’s down the road. Right now it’s important for him to just be a dog. He’s able to do that in his new home and he loves going for walks and just lounging around with the two cats, Sylvester and Mango. 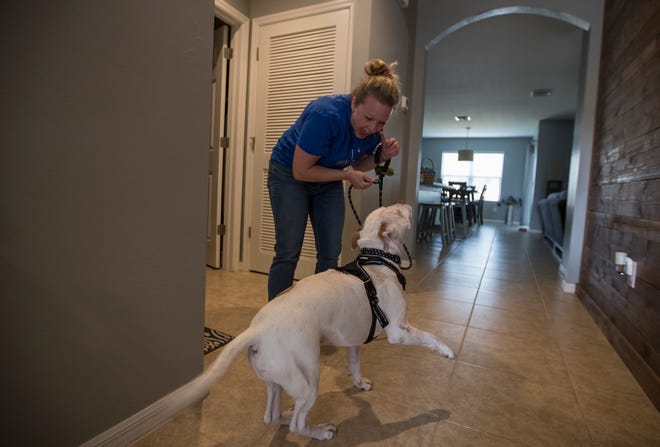 His gentle personality is showing through, even though he has gone through so much. His new mom loves that about him. She says, “He’s just the biggest lover.” Gabriel has his new forever home and is blossoming, which is as it should be. He deserves no less.

All images thanks to Naples Daily News.

Thankfully, there are many people who care about rescue dogs:  Soccer Star Alex Morgan Teams Up With Pet Company To Help Senior Dogs Get Adopted

Located in Maine, we are dog lovers, and have had several breeds to learn from. And they do teach us, if we listen! A wolf hybrid taught us about the value of positive reinforcement and building trust; a Fox Terrier taught us about the necessity of basic commands off-leash; a Sheltie taught us about how to keep a working dog engaged and happy; and a Border Collie taught us that even a severely handicapped dog can bring joy into your life.

Our website is made possible by displaying online advertisements to our visitors. Please consider supporting us by disabling your ad blocker.